Our first Halloween as a family of six is a complete blur.  I think I have a picture some where of it (one, single, solitary picture *can you tell I was stressed!* )

This year was much different.  It was chilly so we took pictures in side and then joined my sister and her kids at a Trunk or Treat and then called it a night!  The kids had a blast!

Belle from Beauty and the Beast 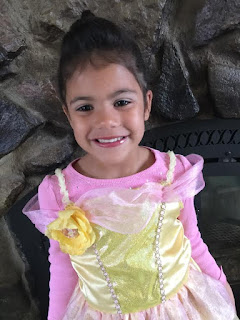 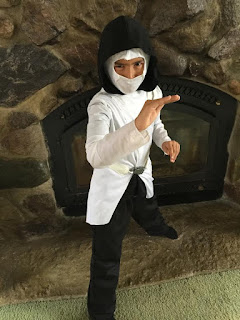 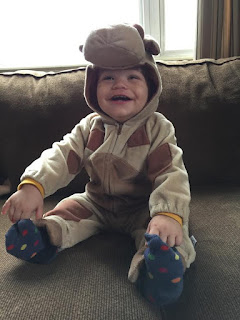 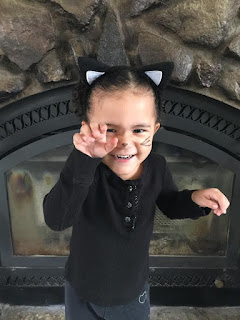 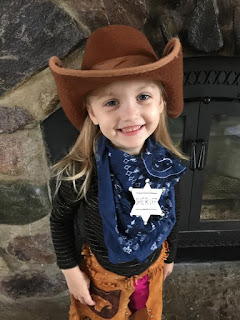 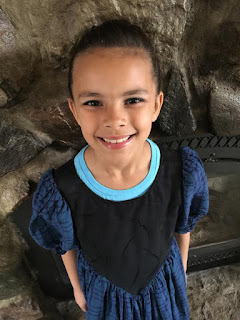 My oldest is the one on the left.  He went Trick or Treating with a friend. 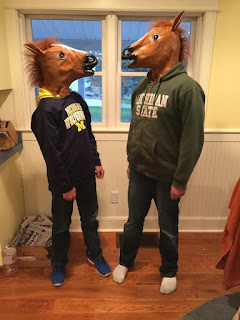 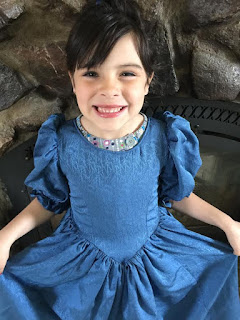 This year I did the unthinkable.  I told the kids that we were just going to use costumes we already had!  I was pleasantly surprised that they did not complain at all!  They all had something they wanted to wear and I had fun giving the three middle girls formal up do's and then glittered their hair (doesn't show up well in pictures, but they all looked so cute!)

We had a good day with the kids.  The kids had a lot of fun.  And the BEST part was no one peed their pants!  ;)
Posted by MamaFoster at 8:06 AM

SCORE!!! No peed pants. You really did have a great night out. :)

That's how I judge things now. It's quite the fancy life I lead lol

Awesome costumes. So glad everyone had a great time.

Looks like fun was had by all. Glad it went well!